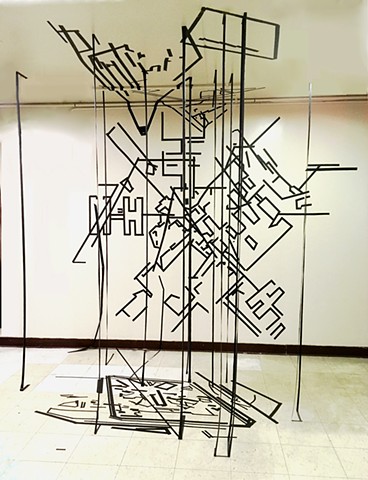 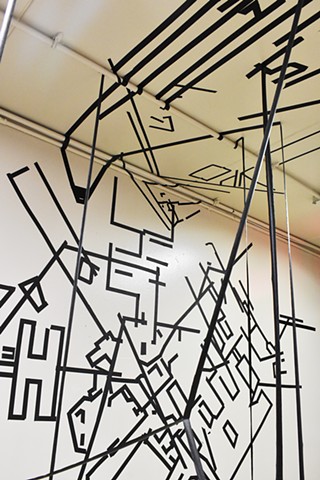 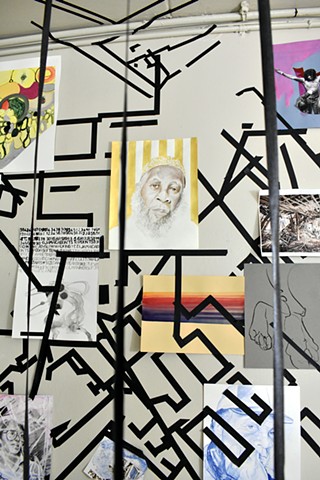 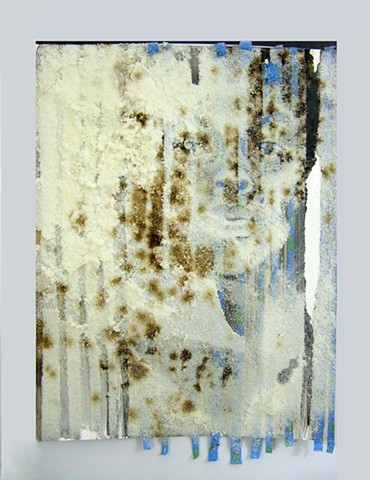 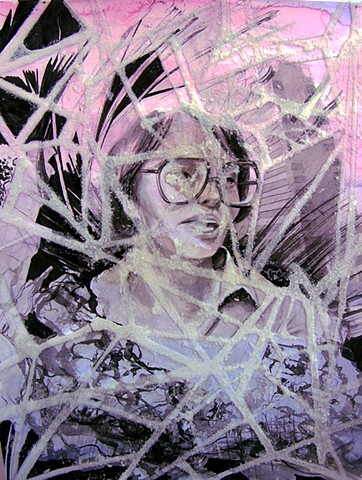 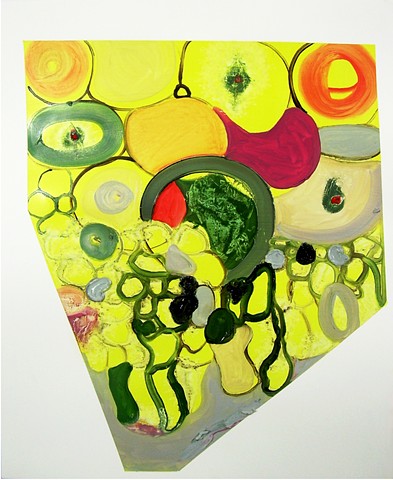 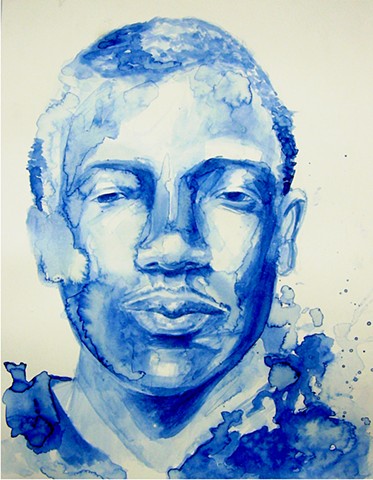 The site specific installation, which was a second exploration on the theme of “Where Did All The Hippies Go” is created entirely with Painters tape and its size is 8”x6”x8” modeled after the size of a solitary confinement cell in Rikers Island.